Back in high school, before the iPod and other portable music players with huge capacities were popular a friend and I were discussing how to get all of our music into my car at the same time without changing CD’s. Our solution was to build a custom computer inside my car that could display MP3 information on a text LCD and take input from a modified keyboard controller. The result was one-thousand of my favorite songs accessible in my car at the press of a button.

When I bought my next car I had a bit more more money to spend on this type of project as well as the experience and knowledge to make it work even better. The entire car was gutted on the inside and I begain from the ground up developing a completely integrated in-car computer solution for not only Audio but also GPS, Bluetooth phone support, rearview camera, remote start and security systems, and the ability to add much more.

I could spend hours (and have) talking about all the features and processes that went into building the car computer system, I will be giving an overview here of the major pieces and work that was done.

After the car was stripped on the inside I laid down two layers of sound deadening material to keep road noise out and the music inside my car ( no rattling trunk ). This allowed me to run all the wires I would need to add in the car easily. For the electrical system I used large 4 gauge wire from the battery and a 2.4 farad capacitor to power the new electronics.

The audio is powered by a 4 channel Infinity reference amp that drives the 4 main speakers in the car with 111wats of power per speaker channel. Factory car stereos put out about 30watts per speaker and aftermarket stereos supply about 50watts. More power equals a better signal with less distortion and noise. I was not trying to have a loud system, loudness is a byproduct of higher power, and high quality audio systems. High grade audio cables were used throughout the system and secured and bundled to reduce interference. Infinity Kappa series component speakers were used in the front and rear of the car. Their built in crossovers mean that each speaker gets only the frequencies they can play well. Tweeters get only high notes and speakers only get mid range notes. The sub woofer handles all the low notes. This allows for even less distortion and a balanced sound. A 150watt Rockford Fosgate amp drives a Rockford Fosgate dual voice coil sub in a custom molded fiberglass enclosure in the trunk (See that project here).

The computer is based on a mini-itx form factor and is installed in a small amplifier type enclosure in the trunk. I created custom cables to reroute the signals and inputs from the computer throughout the car. The computers power supply talks to the ignition switch in my car, when the ignition is on the PC turns on, when the ignition is off it sends the “hibernate” command to the computer and waits for it to shut off. In the front a high resolution monitor with touch screen controls the system. Using special software, gestures such as writing letters “M” will take you to music section. Other features like a rearview back up camera, gps, and Bluetooth integration have also been added. A two-way car alarm and remote starter protects the system as well as controlling startup of the computer. Bluetooth and Wi-Fi allow for uploading new music as well as internet functionality and control of the system using smart phones. 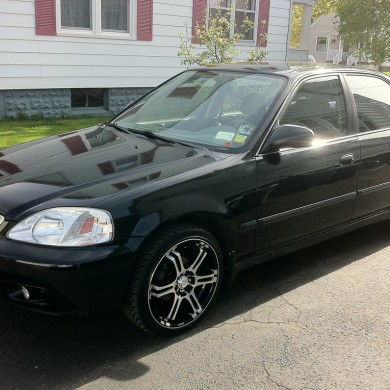 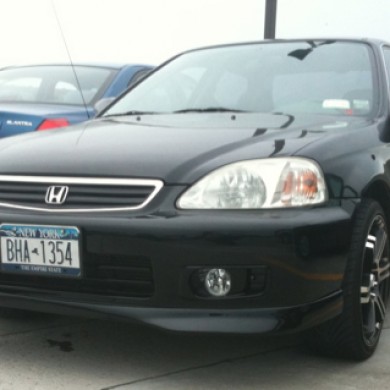 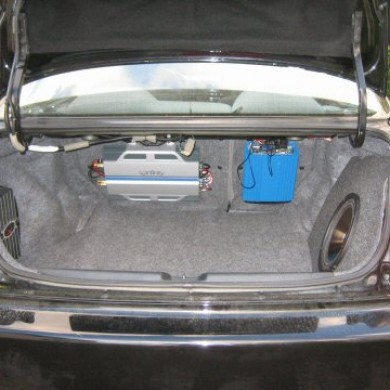 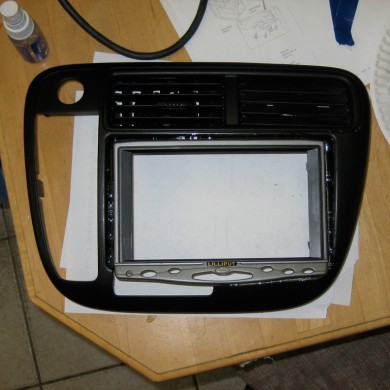 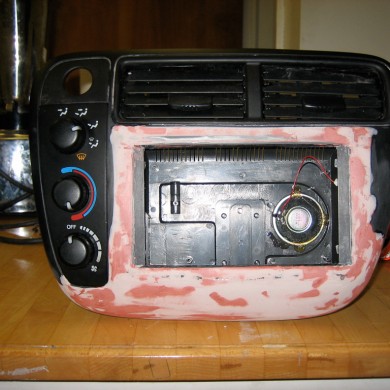 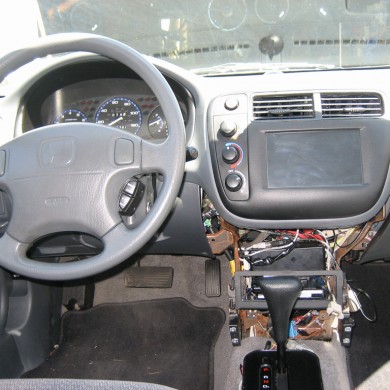 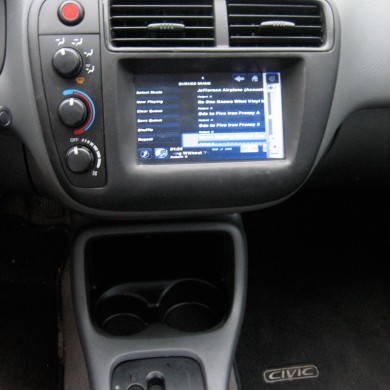 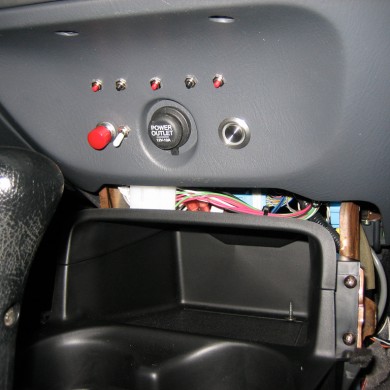 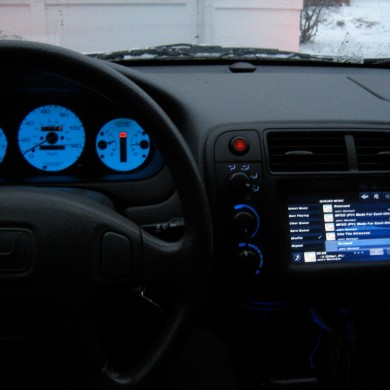 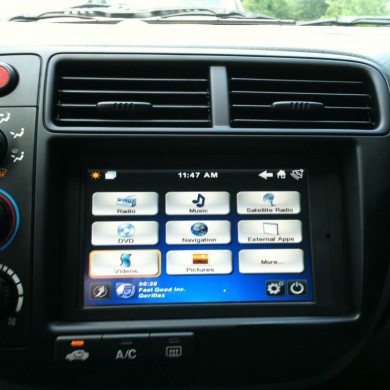 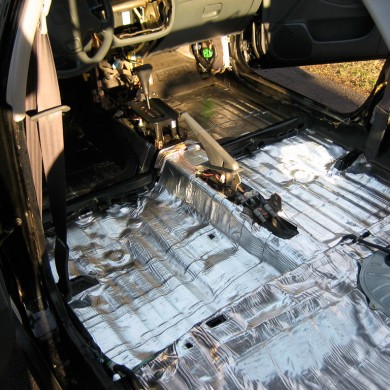 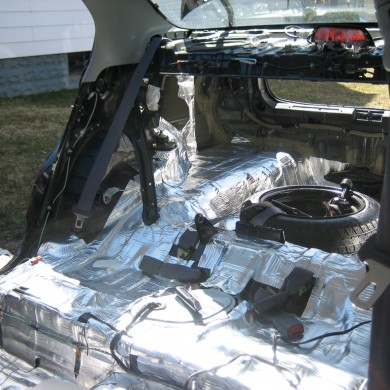