For as long as I can remember my Dad, a 30-yr+ wedding-video-veteran, has told me “you always need a backup”. He had backup batteries, tape (S-VHS), lights, cables, etc. He would even take a second (massive JVC DV500 camera) with him on single camera shoots “just in case”. He was ready when a second shooter forgot something, and yes, that one time when a child knocked over his tripod breaking both his camera and lens at the mount he simply went out to the car, grabbed his backup camera, and kept shooting. 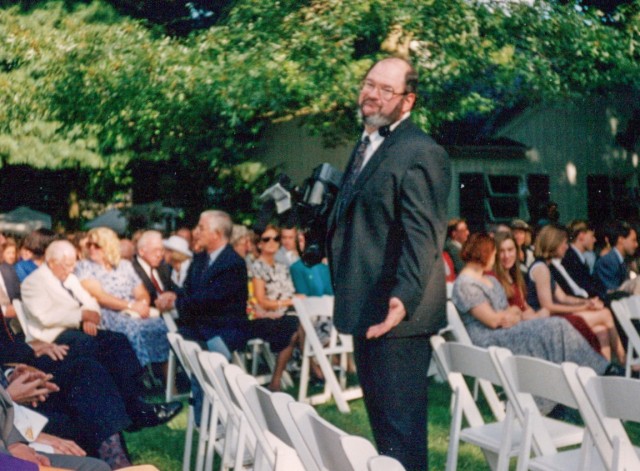 Now as a photographer I typically pack backup camera bodies, additional lenses, cables, batteries etc as the saying goes, “one is none and two is one.” So far I’ve only had occasional issues with batteries and thankfully no serious mishaps where I have needed my extra gear. Just a few weeks ago I had an experience that made me glad I had taken my Dad’s advice.

I had been talking with my neighbor about photographing his new Harley and one day he called me out of the blue and said it was washed, waxed, and ready to go if I could shoot it that night. With 1-hour until sunset I had to hurry if I we were going to make it that night. I quickly grabbed my gear, threw batteries on the chargers, and made sure I had my shot list and location set.

I arrived as the sun was just beginning to set. I got my gear setup, dialed in my settings, and took a few test shots. The wireless flash trigger for my flashes was not behaving so I flipped the switch off an on to try and fix the problem. This is when I heard a pop followed by a plastic rattle (never a good sign with electronics). The power switch had broke internally rendering the transmitter lifeless. Pausing for a moment I laughed to myself. The beautiful purple/pink sunset in front of me showed no signs of waiting. I thought of my Dad as I reached into my bag and grabbed my backup transmitter. 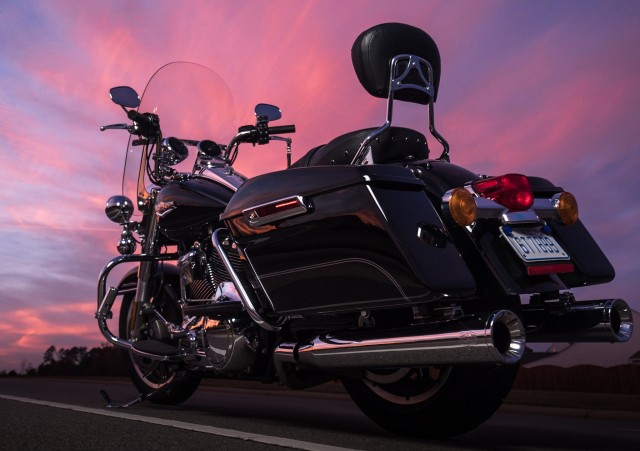 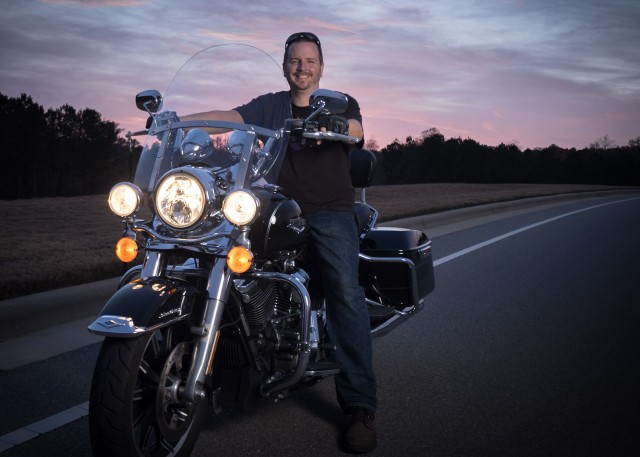