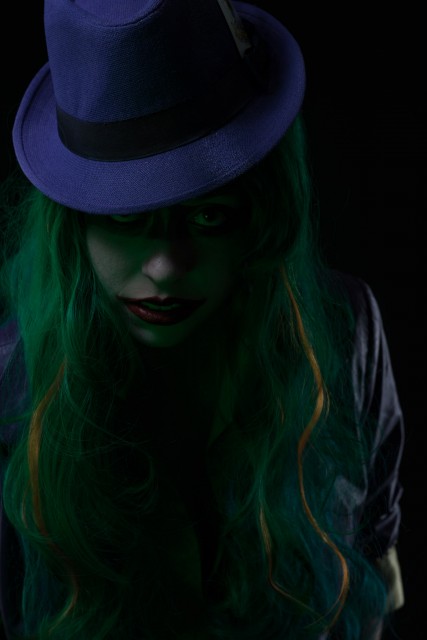 My friend and fellow photographer Josh Thompson had an idea for a cosplay shoot. His wife, Vanessa (aka Scarlet Spitfire), and their friend Darby would cosplay characters from Batman. Darby would play the infamous Joker and Vanessa would play Harley Quinn, the Joker’s therapist turned girlfriend. Since these characters are both villains I knew we would want to shoot on black and use very contrasty and moody lighting. I used a black paper backdrop so we could shoot full length shots if needed. Since their was two models and limited space I knew we need one lighting setup that would work for nearly all of our planned shots without the need to readjust. I started with two speed lights in strip boxes with grids about 3 feet from the black background. 3 feet in front of those were the models and 3 feet in front of the model was a gridded beauty dish at 45/45 above and left of camera. 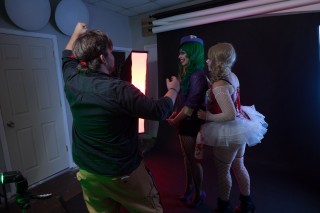 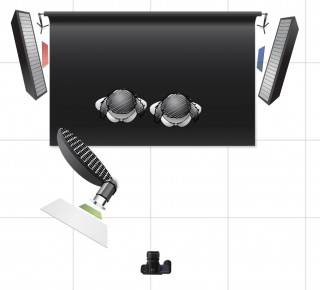 The initial shot I got out of the camera looked great. It was dark and contrasty and really set the mood we were going for. It needed a little pinch more evil to keep it from looking like a glamor shoot. The solution was to use a 4th speed light as a fill with a green gel. This green gel would be a few stops under the key light and help fill the shadows with green. Here are two similar frames, before and after the green fill was added. 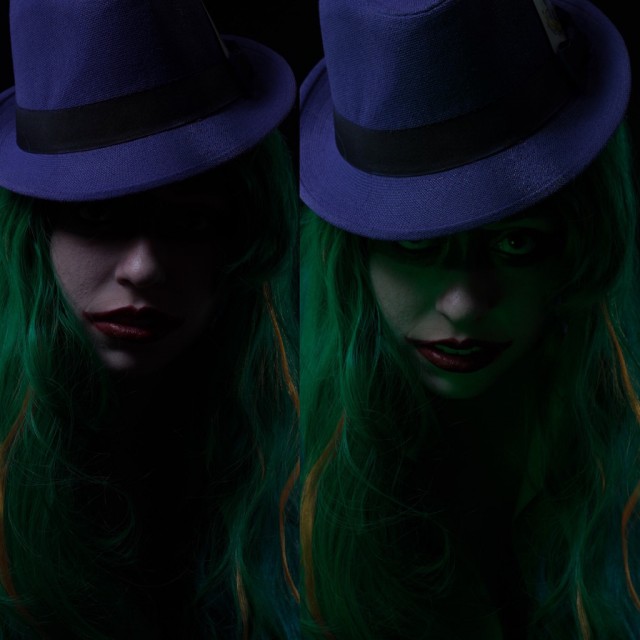 Josh and I took turns shooting both models which was great as we both shot a variety of different poses and ideas. I decided to change up the lighting about half way through. I removed the grids from the beauty dish and strip boxes. A red gel was put on the left strip and a blue on the right one. Here is Josh testing the lighting. 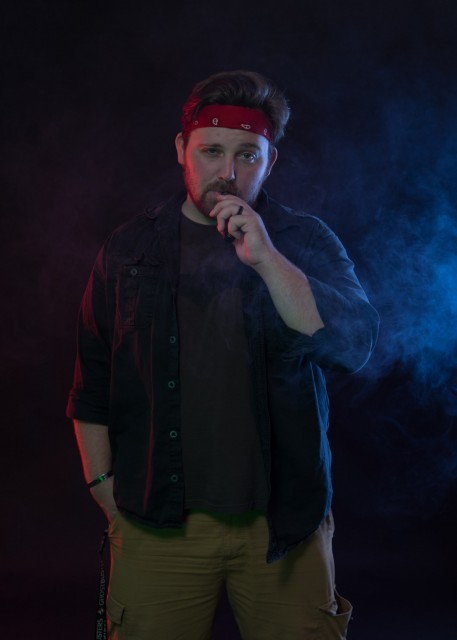 I felt that this really gave it a more comic book/movie lighting as the red/blue/green lights all converged to create a unique and unsettling look.

It’s always fun to work with models who know their hair, makeup, and wardrobe. Overall it was a super fun shoot, I mean how else can you get cool shots like this? 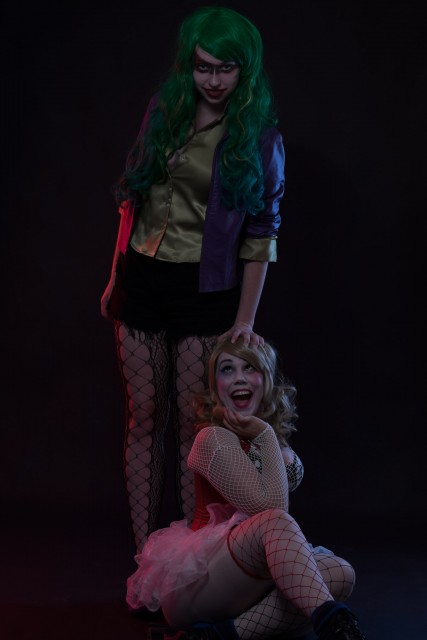